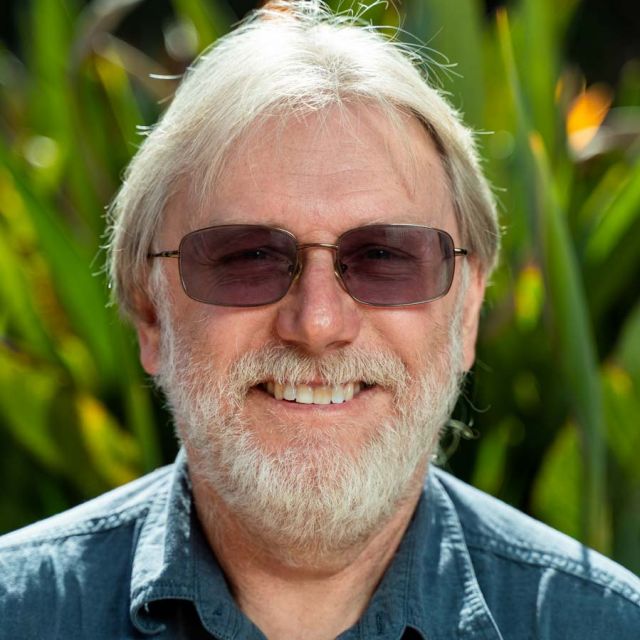 Dar Roberts is a Professor in the Department of Geography at UCSB. He earned a double major in Environmental Biology and Geology from UCSB in 1981, earned a MS in Applied Earth Science from Stanford in 1986, and a Ph.D. from the University of Washington in Geological Sciences in 1991. After serving as a postdoc at UW, he joined UCSB Geography in 1994. He served as departmental chair from 2009 to 2014. He is the author of 225 refereed publications, 24 books/book chapters, and over 110 abstracts and non-refereed articles. Courses he teaches include Land, Water, and Life, Historical Geography, Spatial Environmental Modeling, Measuring our Environment, Environmental Optics, and Passive and Active Advanced Remote Sensing Passive. He is a member of several editorial boards including Remote Sensing of Environment. He was awarded the Academic Senate Outstanding Mentor Award in 2008 and made a Fellow of the American Geophysical Union in 2016.

I am interested in using multiple active and passive remote sensing systems to study the environment. Research interests include imaging spectrometry, remote sensing of vegetation, spectroscopy (urban and natural cover), remote sensing of all elements of wildland fire, land-use/land-cover change, canopy structure with lidar, drought impacts, urban remote sensing, and trace gas mapping (mostly methane). Two recent studies examine the impacts of drought on riparian areas and sensitivity analysis of methane detection from space. I work with hyperspectral data, broad band sensors such as TM, Sentinal-2, and ECOSTRESS (thermal), and active sensors such as LiDAR and SAR. I have a strong interest in multi-sensor fusion and am recognized for the development of Multiple Endmember Spectral Mixture Analysis, which has been applied to map plant species and cover, urban composition, and been fused with thermal data to map canopy water stress in agricultural plants.