Hot Town, Summer in the City 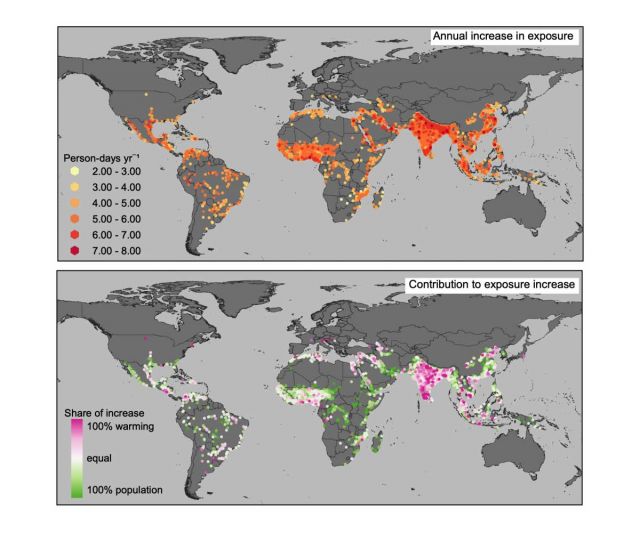 The paper, published in the Proceedings of the National Academy of Sciences, is the first to examine in fine detail global trends in extreme heat exposure across urban areas. The study spanned more than 13,000 settlements over nearly three and a half decades. The authors found that exposure to dangerous temperatures increased by 200% since the mid 1980s, with poor and marginalized people particularly at risk.

“Our study reveals that exposure to extreme heat in urban areas is much more widespread — and increasing in many more areas — than we had previously realized,” said co-author Kelly Caylor, director of the university’s Earth Research Institute and Tuholske’s doctoral advisor. “Almost one in five people on Earth experienced increases in exposure to urban heat over the past 30 years.” The new study is only the first of many that will delve into the rising threat of extreme heat and its impacts on society and the environment. 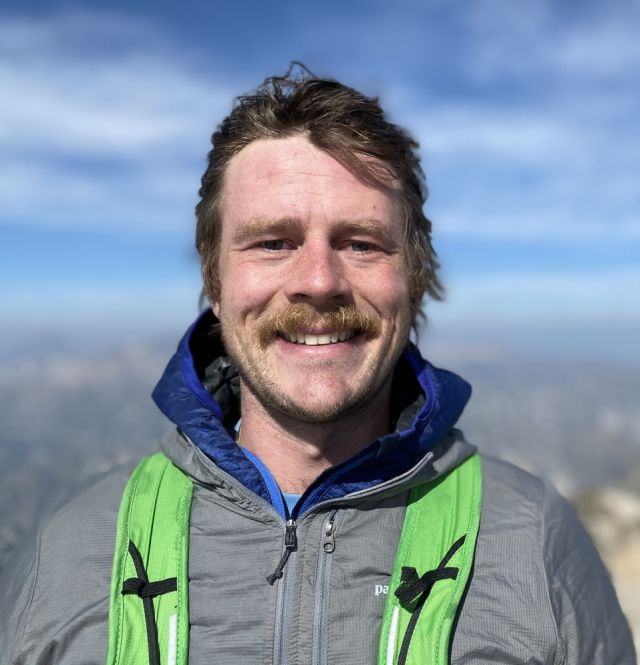 Tuholske was initially curious how climate change could directly affect urban food security, especially among low-income households. “Many of these people are not necessarily food insecure in terms of, say, a calorie deficit, but they spend a huge percentage of their income on food,” he explained. This leaves them vulnerable, especially since extreme heat often drastically reduces labor output, and in turn, income and food security.

As a result, understanding urban food security required figuring out how many people are even impacted by extreme heat. “I went through the literature and realized that we had no baseline understanding of where extreme heat is impacting individuals in cities at fine scales,” said Tuholske, now a postdoctoral research scientist at Columbia University’s Earth Institute.

The authors encountered two main challenges while piecing together this baseline. The first was obtaining reasonably accurate population estimates. Researchers don’t actually know how many people live on Earth, Tuholske explained, because there are many places where population counts aren’t feasible due to geography, infrastructure or governance.

“CHIRTS is the temperature analog to our very widely used CHIRPS precipitation product,” said co-author Chris Funk, director of the Climate Hazards Center. “Like CHIRPS, it combines very high-resolution maps of long-term averages with time-varying satellite and station observations.” The dataset provided exactly the type of information the authors needed for this paper. 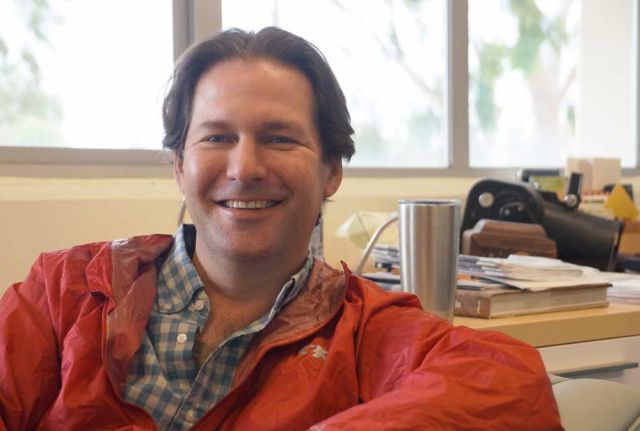 Throughout their analysis, the researchers used a metric called the wet bulb globe temperature (WBGT) to quantify extreme heat. WBGT is an index that accounts for temperature, humidity, wind speed and radiant heat. Similar to a “feels like” index, it was developed to more accurately reflect how ambient conditions affect the human body.

To calculate this, Tuholske divided the Earth’s surface with a grid. For each cell, he used his models and datasets to calculate the maximum temperature and relative humidity for each day from 1983 through 2016. This enabled him to calculated the WBGT.

Next, Tuholske overlayed this grid on the map of urban populations. He chose a wet bulb globe temperature of 30° Celsius (86° Fahrenheit) as the threshold for extreme heat exposure. This value is commonly used as it’s considered to pose a high risk of occupational heat-related illness by the International Standards Organization. For each year, he counted how many days each cell exceeded a WBGT of 30° C, and then multiplied that by the population in that cell. The result was the number of person-days per year of extreme heat exposure at a resolution of 0.05° of latitude by 0.05° of longitude.

“We found that, in 34 years, urban extreme heat exposure increased 200% globally,” Tuholske said. The researchers were further able to distinguish between the contributions from population growth and rising temperatures. They found that population growth contributed two-thirds of the year-to-year increase, with warming accounting for one-third. They plan to further distill the independent inputs from climate change versus the urban heat island effect in an upcoming paper. 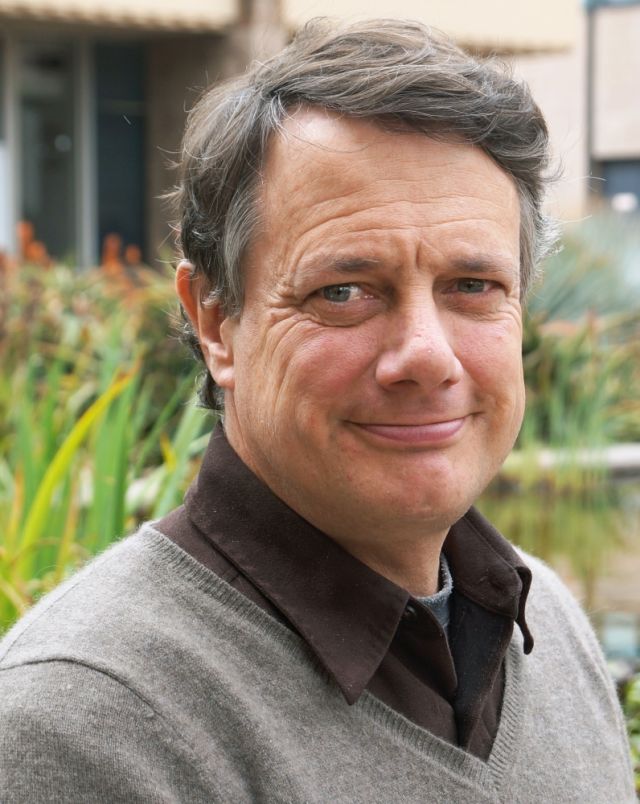 “This study emphasizes that extreme heat exposure is already increasing for about half of all the world's cities and towns,” said Funk. “And population growth is a major driver of increased risk. We need to think about these demographic factors as well as climate change.”

For example, economically disadvantaged and marginalized people are particularly vulnerable to extreme heat exposure, the authors state. In addition to their risk of food insecurity, these people have fewer options to mitigate their exposure to extreme heat, Caylor explained. They also tend to live in urban areas prone to more severe and prolonged bouts of extreme temperatures.

Indeed, the threat of extreme heat varies at regional and even city levels, a topic the authors plan to examine further in the future. About a quarter of the global change in extreme heat exposure came from just 25 urban settlements. The top four were: Dhaka, Bangladesh; Delhi, India; Kolkata, India; and Bangkok, Thailand.

Still, this issue is far from limited to big cities. Nearly 6,000 municipalities had a significant increase in extreme heat exposure, the authors said.

And the impact of heat on a population varies widely, affecting more than simply those areas highlighted in this study. For instance, the 2021 summer heatwave in the Pacific Northwest was dangerous because the region isn’t adapted to deal with high temperatures. “There isn’t much air conditioning in Seattle or Portland,” Tuholske said. So, while conditions may not have rivaled cities like Delhi or Dubai, the impact was still severe.

That’s why the authors can’t extrapolate this study’s results to outcomes for a specific city, Tuholske explained. That said, the paper and the datasets it draws on lay the foundation for a profusion of future work. While Tuholske chose to focus on urban heat exposure for this study, the wealth of data available will enable researchers to investigate an array of different topics, trends and impacts.

The Climate Hazards Center hopes to start producing operational updates for the CHIRTS dataset by the end of 2021. The update will also include climate change projections for 2030 and 2050. Funk envisions ultimately creating a combined observation and forecast system that could be integrated into a heatwave early warning system. The authors are well positioned to make this happen, as both UCSB’s Climate Hazards Center and Columbia’s Earth Institute contribute to early warning systems for extreme weather events. The Climate Hazards Center already has such a system in place for droughts, but is working on expanding its capacity to anticipate extreme heat and precipitation.