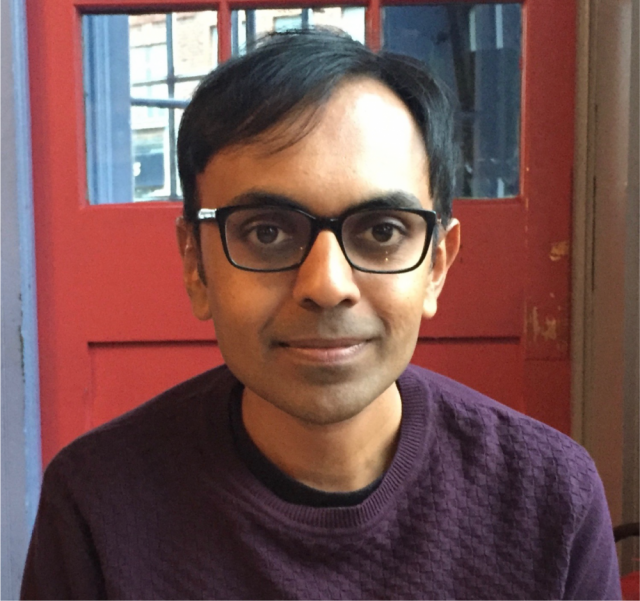 Humans have always had a complex relationship with rivers, which both fostered and threatened civilizations throughout history. Just recall Osiris, the ancient Egyptian god of death and rebirth, who was inextricably linked with the annual flooding of the Nile.

Large floods will sometimes force a river to jump course and forge a new path across the landscape, in rare and catastrophic events known as river avulsions. These events can wipe out entire cities along the largest waterways, yet they also create the fertile deltas that have nurtured many societies. 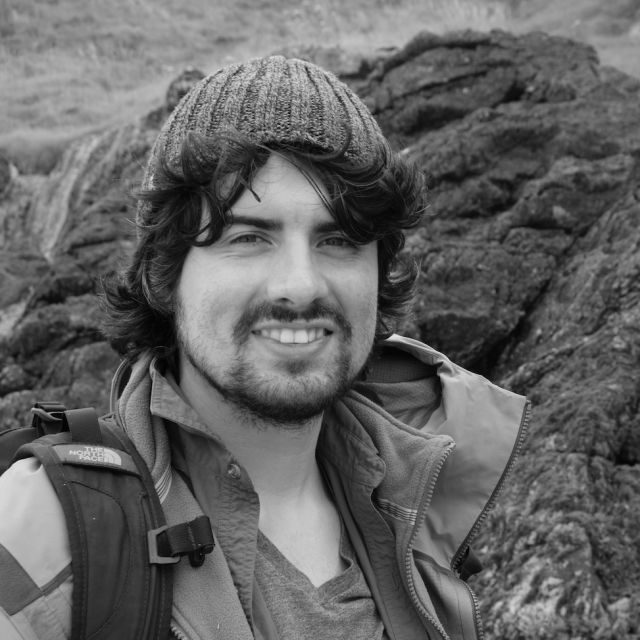 A UC Santa Barbara-led team of scientists has just published the first global compilation of river avulsions in the journal Science(link is external). The study corroborates roughly a decade of theoretical and experimental work by the group, which fleshed out avulsions from what had been an understudied curiosity.

“This dataset provides the first unambiguous test of the theory, which demonstrates that there are three distinct regimes of avulsions on fans and deltas,” said co-author Vamsi Ganti(link is external), an assistant professor at UCSB’s Department of Geography. “This is a long way from where we started,” he added. “A decade ago, avulsions were thought to be these chaotic and stochastic events that were not very predictable.” 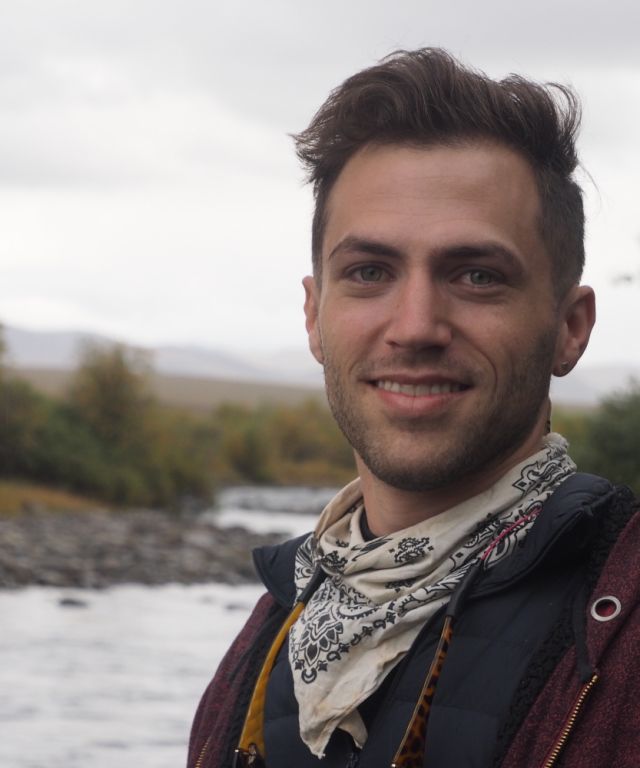 Avulsions’ rarity and elusiveness had mostly kept researchers in the dark. Before this paper, scientists had observed only a handful of them. From those few case studies, they began building a theory of where avulsions occur using experiments and computational modeling.

A river may jump course only once a decade, once a century, or even less. So scientists must monitor a river for a long time to get any useful data. However, satellite imagery allowed the team to swap large spans of time for large swaths of space.

“Although avulsions are very rare, when you’re looking at practically every single delta on Earth, you’re going to get lucky on a few of them,” said co-author Austin Chadwick, a postdoctoral scholar at University of Minnesota. The team got lucky 113 times while combing the satellite data from 1973 to 2020 and historical maps. “Instead of having these few, deeply studied sites, we now have a representative sample of everywhere on Earth for the last 50 years.”

Avulsion behavior fell into three regimes. The team found 33 instances where rivers jumped course when they transitioned from steep, confined channels to flatter topography. These fans often occurred at the bases of mountains, where a river exits the canyon onto unconfined valleys or open oceans. Avulsions of this type required at least a 3-fold break in the river valley slope, with a median of 6.5.

In the second regime, avulsions were restricted to a river’s backwater zone. “Put simply, the backwater zone is the part of the river that flows differently because of the effects of sea level at the downstream end,” Chadwick explained. This region can extend surprisingly far inland: roughly 300 miles for the Mississippi River, for instance.

This second group covered 50 of the dataset’s avulsions. These avulsions are found on low sloping deltas along some of the world’s largest waterways, like the Orinoco, Yellow, Nile and Mississippi Rivers. Most of the group’s previous case studies fit this category.

“The third regime had an avulsion length that was, on average, 14 times greater than the river’s backwater length,” Ganti said. This could stretch to over 50 times the backwater length in some of the most extreme examples.

The team first documented this behavior in a 2020 paper on Malagasy rivers. “But now we know it’s not just a weird case that we saw in Madagascar,” said Chadwick, who will join Ganti’s Surface Processes group at UCSB in summer 2022.

“It’s a third regime of avulsions,” added Ganti. In fact, it accounts for 40% of the delta avulsions in the global dataset.

Avulsions have everything to do with sediment transport. They occur when and where a river fills up with sediment. This chokes up the channel to the point where it jumps somewhere else. On fans, this occurs when the slope changes: The flow slows down, and sediment that the stream was carrying settles to the riverbed.

Rivers in the second and third regimes are found in relatively flat deltaic landscapes, so other factors control where sedimentation leads to an avulsion. In flat landscapes, a river’s current slows down as it approaches the sea or a lake downstream, allowing sediment to build up. Sediment deposition is interrupted by floods, which cause erosion that travels upstream like a reverse domino effect. Over many years, deposition during low flows combines with waves of erosion during floods to fill the channel at a particular location, triggering an avulsion. The key difference between the rivers in the second and third regime is how far the waves of erosion travel during floods.

The group’s previous work suggested that erosion during floods is often limited to a river’s backwater zone, leading to backwater-scaled avulsions — the avulsions in the second regime. However, if the wave travels quickly enough, and the floods last long enough, then a river can experience this enhanced sedimentation extremely far inland, leading to the third avulsion regime.

The group’s numerical models suggested that rivers in the third regime could be out there, but it took them years to come across any examples. The team had focused on big waterways, like the Mississippi and Yellow Rivers. It would take a flood event lasting centuries for an erosional wave to travel the entire backwater length of major rivers like those. In contrast, it might take only a few days to weeks in some of the steep, silt-bedded rivers in Madagascar. The global dataset revealed that the extreme examples from Madagascar were far from mere outliers: Two in five avulsions on deltas fell into this category.

Humans and rivers under climate change

The dataset and findings are more than academic considerations. “Around 330 million people live on river deltas worldwide, and many more live along river corridors,” Ganti said. “We need to understand how river mobility will change in response to climate change and anthropogenic interference.”

The team can now use their updated theory to predict avulsion locations, a matter of grave importance. Previously, scientists and officials might have assumed that locations upstream of the backwater zone were safe. “But now we know that there is this other type of avulsion on deltas where you’re not safe,” Chadwick said.

What’s more, climate and land-use change can push avulsions inland on rivers under both delta regimes. The authors previously found that rising sea level and longer floods can shift avulsion locations upstream of their historic locations. That means that even avulsions confined to the backwater zone could occur farther upstream. “That is problematic, because ‘a little bit upstream’ on the Mississippi River is tens to hundreds of kilometers,” Ganti said. “It’s not something trivial.”

Agriculture, development and resource extraction can also impact avulsion location. “If you change land use — and therefore the amount of sediment supplied to certain rivers — you can take a river that is currently experiencing backwater-scaled avulsions and shift it into the high sediment supply-modulated avulsions category,” said Ganti. This is the regime that can jump course far upstream.

“This study makes clear how sensitive avulsion location on deltas is to changes in sea level, sediment load, and flood duration and intensity … all of which are subject to change as climate changes globally and more rivers are dammed, controlled and manipulated by human development,” said first author Sam Brooke(link is external), a former postdoctoral scholar at UC Santa Barbara. This new framework allows the team to predict a potentially hazardous inland migration of a river’s preferred avulsion location.

The team is currently looking at the global satellite record to develop new metrics for characterizing river mobility. They intend to use the observations to characterize the factors that drive other types of river mobility, besides avulsions. They also plan to investigate avulsion frequency. “The question that we’ve answered here is ‘where’ avulsions occur, but we haven’t really dug into ‘when,’” Ganti said. However, both are equally important to understand.

The group is excited by their future prospects and proud of the progress they’ve made so far. “It’s wonderful to see how far this has come,” Ganti exclaimed. “Between modeling, experiments and remote sensing, it’s truly a case where we picked a problem and approached it from every possible angle.”