Chris Funk and Shrad Shukla get interviewed on being authors to an outstanding science publication.

Chris Funk, the Director of the Climate Hazards Center (CHC), and Shrad Shukla, a Researcher in CHC, wrote a book together titled Drought Early Warning and Forecasting, which was selected by the Association of American Publishers to be one of the nine Elsevier titles as a Finalist in its 2021 PROSE Awards. The two of them agreed to do an interview, the transcript of which is found below. 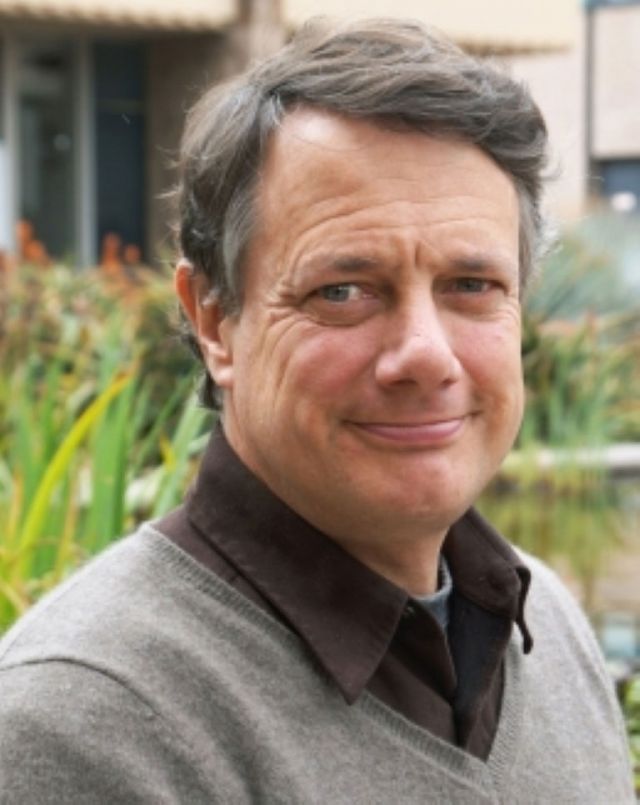 What was the purpose/intent behind writing the book and who did you write it for?

Chris: The basic idea behind writing this book was to try and collect a lot of the thinking and knowledge that we and all of our collaborators have collected, created, and organized over almost two decades of work. We tried to collect that into one place to communicate what we were already doing with a broader audience. And then in terms of who the book was written for, the kind of reader I had in mind when writing the book was somebody doing drought early warning in a developing country who could really benefit from a kind of one-stop shop book.

Shrad: I think that is one important type of reader we had in mind, which is basically people who are practitioners, people who are actually doing this early warning work on an operational basis. I think we also thought this could be beneficial for graduate students too, especially graduate students who are at an early stage in their career and may be interested in doing research work in early warning and drought. For a lot of the material that we covered in this book, there are basically whole books which are devoted to each of the chapters. So you could find a lot of the material in different books, textbooks, and so on. What this does is brings them altogether while focusing on drought early warning forecasting. So a graduate student researcher might be able to find a lot of material they might need for researching drought in one place; they could use this book as their first resource to gain knowledge in drought research but then they could also branch out by looking into more specific books on each topic for deeper knowledge.

Chris: Yeah, and maybe I could just follow up on that, returning to why we wrote this. To follow up on Shrad’s point, in addition to having a convenient place to collect these pretty brief overviews on different topics, one of the things we wanted to do was bring all of the components together to discuss how they fit to one another. Our team has developed a lot of expertise in combining observations with model forecasts and societal information. I think one of the reasons why the book has been so popular is that no one had really described that before. And I think that being geographers, coming from this interdisciplinary background that includes physical sciences and human sciences and decision support, we were well situated to write that book.

Chris: Personally, I’m really shocked to be having this conversation with you, surprised that this book got an award, because I just thought it was going to be a useful little manuscript that was going to help some people. That was really a big part of our intent. Typically with these kinds of books, you don’t have a lot of readers. It’s not a very “airport bookstore” book, right? But our feeling was that if even just a few people read this book and use it to put in place early warning systems and improve decision-making practices, it could potentially help protect hundreds of thousands or millions of people. So a few readers could have a big impact. It’s a really wonderful way for us to help the University of California’s mission, which is creating and transmitting knowledge that can help people. Shrad did a good job of explaining how exciting our field can be. It can be really empowering. We don’t have to wait until after disaster strikes and then try to pick up the pieces. We can try and anticipate crises and put in place safety net programs. There’s a lot that can be done and there’s a lot that is being done. It’s not perfect everywhere, but certainly in some places like East Africa, where Shrad has done a lot of trainings, things have gotten a lot better there in terms of their ability to respond. There’s been tremendous growth over the last decade.

Shrad: We also hope that this book – going back to keeping the graduate students as a target audience – also provides the background for how the physical sciences and many facets of the physical sciences can come together to help society. So one of the things that I noticed as a graduate student myself, and dealing with graduate students since, is that although a PhD student may have a good idea about what their scientific objectives are, how to conduct their research, and how to deal with data and so on, but there is a lack of understanding for why they are doing their thesis research. In other words, while we’re doing the research, who’s getting help and how? I feel like if you often ask people why are you doing this, then the answer is not very clear. This book should help get a better sense to the graduate researchers who are in the physical science to understand how all of these advancements and fields of remote sensing and climate modeling and hydrology and many different fields are coming together to help society by improving early warning of drought and how agencies like FEWSNET and US Drought Monitor are using all of these advances to provide information to decision makers and to the public, which is actually very crucial information. Getting this data from drought -- how bad the drought is, where the drought is worse, and so on -- has drastic implications on the policy for mitigation and after disasters and development and so on. So I hope that the book provides that as one of the main takeaways for the readers, especially the graduate students. 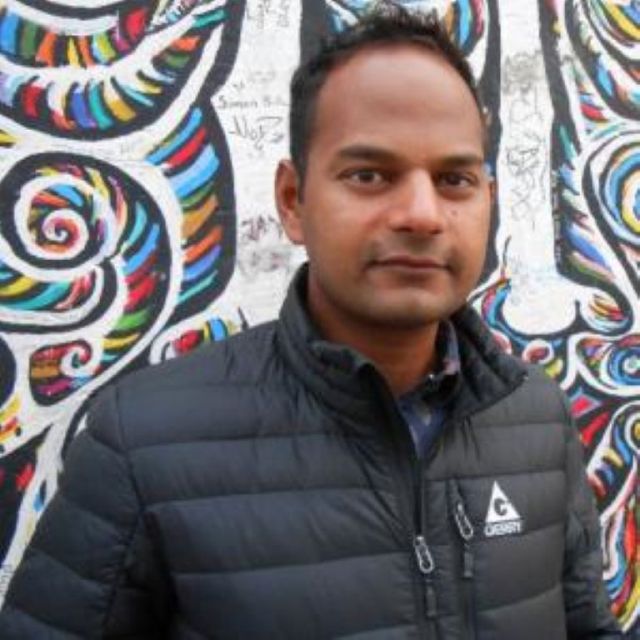 If you wanted to rewrite the book and you could, what would you want to include that you didn’t do so the first time?

Shrad: I think that’s sort of one thing that’s missing from this book, but I personally thought that this is the kind of book that will need a second edition because, again, one of the things this book does is summarize the current state of the science, and that state changes. So five years from now, there might be better tools, more advanced tools being used for drought early warning, and as a graduate student researcher, you would want to know about that. So there definitely are updates that we can make to this book. I’d also say that the scope of this book was limited and by design, there is a lot of new research that we couldn’t possibly cover in this book. So we will want to add the more important research updates in the book as well. Also, I learned – it being my first time – how difficult it is to write a book. And you really need time, in addition to your usual 9-5 job. So if we had that extra time, I think we could’ve done a little more in this book -- maybe expand on the material a little more in some chapters. I would also like to know how the readers like the book, and I think we could certainly, within the next 3-5 years, think about a second edition based on the new research available and the additional items that the readers may want to see

Chris: Yeah, I would say in general, that instead of having much longer chapters, we could have more chapters. Shrad and I were both really clear on the idea that this book wasn’t an attempt to review all of the literature on all of these topics. I think one reason why this book was so successful was that we were okay to highlight things and not really go into depth on a lot of different topics. And one thing we didn’t get to do which I only covered a little bit of was the whole science of drought risk management. We really didn’t get to go into detail on that either, but I kind of felt like that wasn’t our book to write because – well, the title of the book is a good description of our expertise. We’re world experts on drought forecasting and drought early warning, and we don’t really engage much with drought policy. Like, “What does California do to develop a drought plan?” and those kinds of questions. And perhaps we should! I think if we were to revise this book, it might be interesting to try to draw on more expertise from the University. We could have a chapter on drought and fire, for example. That might be an interesting way to expand it

Do you have any advice for folks that do want to write a book?

Chris: My advice is don’t be afraid to sound like a human being. In the chapters that I wrote, I adopted a pretty casual style and didn’t try to be overly formal. I think that sometimes scientists are afraid to talk like regular people

Shrad: That’s great advice. I’d also say that maybe one task that was challenging was figuring out how to limit your scope and identifying things that aren’t a priority to include in the book, because in drought monitor and forecasting, it’s a very vast field. We could have written a lot of other things, so figuring out who the main reader is and what the focus of our book should be and identifying what should go in the book is critical. It is certainly different than writing a journal article; you have a very specific focus and you actually have a very specific format which journals often define. The format of a book can be different and is based on the authors themselves, and that was a bit of a challenge. I personally mostly had experience writing journal articles, but writing a book is different. So I think that’s something future authors should think about. In my case, I could only write this book after doing at least a few years of the research and writing the journal articles and so on. I consider myself fortunate that I was able to work on this book within ten years since my PhD, which is still considered early-career in some cases

Is there anything you’d like to add that wasn’t asked?

Chris: I’d just like to add that the Geography Department, I think, has developed a powerful research strategy that really embraces interdisciplinary work that brings together human physical sciences and societal concerns. So I think that this book very much supports and is supported by that vision. So the success of the book also represents the success of the vision of our department, which I think is really cool

Shrad: I completely agree with that, very well said. The book could be best written from a Department of Geography like ours because of our bringing together of the physical and the social sciences

Chris and Shrad would also like to send an enormous thank you to Juliet Way-Henthorne and say that the book wouldn’t have even happened without her. They would also like to thank the U.S. Geological Survey’s Drivers of Drought and National Oceanic and Atmospheric Administration (NOAA) Regional Integrated Sciences and Assessments (RISA)'s support through the California–Nevada Applications Program, which also made the book possible