After months of COVID-related delays and cancellations, research vessels are once again sailing the ocean to study its carbon cycle. 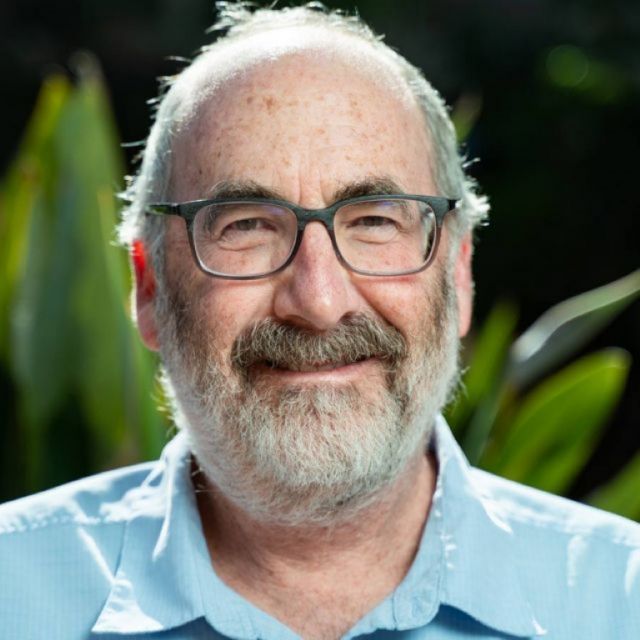 So there wasn’t the pre-cruise party that would normally have taken place — rather they all carefully isolated from one another right up to the launch — but the 56 scientists aboard the RRS Discovery and the RRS James Cook were nevertheless excited to finally get together and put out to sea.

Their mission? To continue their study of how exactly the world’s oceans deal with carbon for the large-scale, NASA-led EXPORTS field campaign.

“Everybody’s in super good spirits,” UC Santa Barbara professor David Siegel said from his isolation room prior to the voyage. His group, along with fellow UCSB marine scientists Mark Brzezinski and Craig Carlson and their research groups, join colleagues from multiple research institutions to piece together the complex puzzle that is the ocean’s carbon cycle.

“We need to understand how to predict how the ocean’s going to respond to global warming,” said Siegel, the science lead for the expedition. The Earth’s largest carbon sink, the ocean moves about 10 petagrams (10x10^15 grams) of organic carbon from the surface to the depths every year. That’s a rough estimate, however, and little is known about how things might change as temperatures increase and carbon dioxide accumulates.

“Our predictive capability of how these pathways work is horrible — we don’t have a good sense of how to predict changes in the future,” he said.

Improving these predictive capabilities has been the focus of the EXport Processes in the Ocean from RemoTe Sensing (EXPORTS) project, an ambitious international effort that has a multidisciplinary set of scientists using state-of-the art technology — from oceangoing robots to satellites — and the latest science to gather data about how carbon moves in the ocean.

It’s a huge endeavor. The ocean’s carbon cycle is a symphony of physical and biological processes taking place over a variety of spatial and time scales, and at various depths. Tiny phytoplankton, the main driver of ocean carbon sequestration, use atmospheric carbon and dissolved carbon dioxide at the ocean’s surface to photosynthesize and grow. They die or are eaten and their carbon sinks ever so slowly to depth, or they can be eaten by the hordes of zooplankton and other animals that conduct a massive diel vertical migration from the deep ocean to the surface and back. In other cases, currents and traveling animals can take the carbon on a less direct route to the bottom. Rising ocean temperatures affect these interlocking processes and ecosystems, and it’s the researchers’ job to gather enough data to create a model that can predict future carbon cycle states. 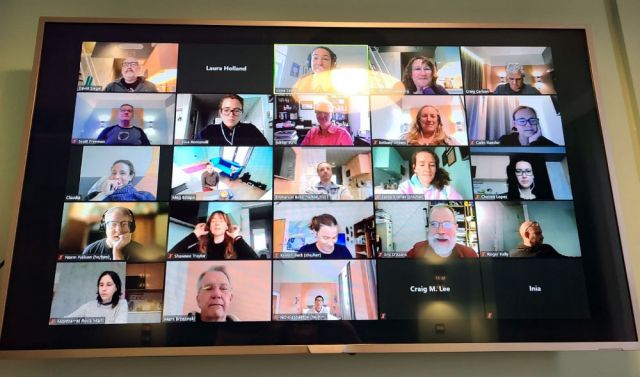 The EXPORTS team already has one research cruise under its belt — a visit to the northeastern Pacific Ocean in summer of 2018. Plans for the 2020 trip for field work in the North Atlantic were interrupted by the COVID-19 pandemic, necessitating some fancy footwork to get the project back on track. Now armed with vaccinations and strict COVID-safe protocols, the researchers made their way to their Southampton, UK, departure point to quarantine in time for the 2021 North Atlantic Spring Bloom, a widespread and ephemeral profusion of phytoplankton off northeastern Canada. Storms from the previous winter have brought nutrients to the surface, which, along with increasing amounts of sunlight, is causing the phytoplankton population to double every two to three weeks.

“There should be fewer grazers than we saw in the Pacific,” Siegel said. “So what we hope to see in the post-bloom study is a big signal.” In contrast, the 2018 study in the northeastern Pacific had a far lower energy environment, he noted, both in current and wave action, and with the phytoplankton.

“The phytoplankton didn’t really go through the same sort of blooming process — at least it was much more muted,” he said. “We found that much of the flux was driven by animals.” With fewer grazing animals and in a more productive and energetic environment, the researchers are interested in the roles other factors may play in the movement of carbon.

“So we have all this phytoplankton up in the surface ocean, and we want to look at how this decays, what happens to it,” Siegel said. They’ll be conducting their research at the Porcupine Abyssal Plain, a marine observatory in the North Atlantic coordinated by the UK’s National Oceanography Centre, Southampton. Another ship from Woods Hole Oceanographic Institution’s Ocean Twilight Zone project will join them for a stretch as its researchers investigate how carbon moves through the area’s mesopelagic, or “twilight” zone, where the waters become cooler and darker.

Data from this research cruise is expected to give NASA enough information to create parameters for a sophisticated model of the ocean’s carbon cycle, said Siegel, who credits the agency for the “great efforts to make this happen,” especially in light of the global pandemic.

“NASA’s charged with figuring out how our ecosystems are changing and what the implications are of that on the global carbon cycle,” he said. “Just characterizing ecosystems is not enough to understand the carbon cycle. You really do need to know how much carbon leaves the surface water; you need to know how far into the interior it goes.”