Rationale for this PhD Emphasis

Climate Sciences is the study of the physical processes that control climate on Earth including variations and interactions among the atmosphere, oceans, land and hydrosphere. Climate variations and changes are known to occur on broad ranges of spatial and temporal scales, ranging from decades, centuries, millennia and millions of years. Climate science can also inform the study of climate change, which is broadly defined as changes to the baseline of mean conditions and variability over long periods. Climate change since the beginning of the industrial revolution is one of the major issues affecting the environment and the future of humanity.

Anthropogenic influences on climate are already detectable and expected to continue into the future; examples of the impacts of climate change include extreme precipitation, droughts, heat waves, sea level rise, loss of habitats, food and water insecurity, economic and political stability to name just a few. Mitigation and Adaptation might involve economic regulations such as cap-and-trade or carbon tax, which put a price on carbon emissions.

Research in Climate Sciences and Climate Change requires specialized training in specific disciplines such as Atmospheric Sciences, Oceanography, Geology, Geography, Ecology, Economics, as well as interdisciplinary education across different areas. UCSB has a long tradition for carrying out research in Climate Sciences and Climate Change impacts. This research includes the study of the fundamental physical processes controlling climate on Earth and its response to human activities as well as the impacts of climate on humans and the environment. Research and teaching at UCSB is highly specialized as well as interdisciplinary.

This Interdepartmental PhD Emphasis in Climate Sciences and Climate Change provides doctoral students a broader understanding of the physical principles governing climate on Earth, climate changes associated with natural variability and anthropogenic forcings, and the impacts of climate change on the environment and society. The PhD emphasis provides graduate students with both core-training opportunities to gain access to methodological expertise across UCSB as well as to interact with Faculty, Researchers and graduate students in disciplines other than their own. The Emphasis is administered in the Department of Geography. The PhD Emphasis formally acknowledges and builds upon existing collaborations among the departments and the Bren School listed herein.

Participation in this emphasis is optional and independent of the doctoral curriculum and degree requirements established by the student’s home department.

Admission to the Emphasis

Applications to the PhD Emphasis are accepted at any time during a graduate student’s academic tenure at UCSB. It is expected that most students will apply for admission between their first and third year of graduate study. Application materials consist of:

The Director of the PhD Emphasis (see Faculty roster) reviews applications on a routine basis and informs applicants the outcome of their applications. Criteria for admission will include: 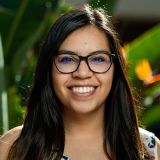 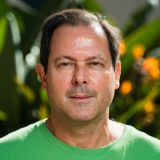 All students enrolled in this PhD Emphasis need to fulfill the following requirements:

II) Eight units from the elective courses in physical sciences

Students are required to take two courses from the following list:

III) Eight units from the elective courses in Social Sciences

The total number of units will vary depending on which courses are selected from this list:

Students are required to enroll and present their research in the GEOG 280 Geography Climate Research Meetings, which are a forum for researchers and students to discuss research topics in Climate Sciences and Climate Change. The meeting is held in the Earth Research Institute (ERI). Students are required to enroll in the Climate Research Meetings for a minimum of three quarters as a way to foment their participation in climate research topics.

The PhD dissertation of students participating in this Emphasis needs to have a strong focus in Climate Sciences and/or Climate Change. Furthermore, a member of the student’s PhD committee needs to be a member of the core Faculty participating in the Emphasis in Climate Sciences and Climate Change. No other limitations are set for the other members of the PhD committee.